Each user in a Holochain network creates and stores their own data in a journal called a source chain. Each journal entry is cryptographically signed by its author and is immutable once written.

When you understand how agents and their data are represented, you have the foundational knowledge for creating an appropriate user experience that takes advantage of Holochain’s agent-centric design.

Let’s take a look at one single node and see what’s happening from the user’s perspective.

Back in the basics, we said that one of Holochain’s pillars is ‘intrinsic data integrity.’ The first stone in this pillar is public key cryptography, which allows each user to create and authenticate their own identifier without a central password database. If you’ve ever used SSH, you’re already familiar with this. 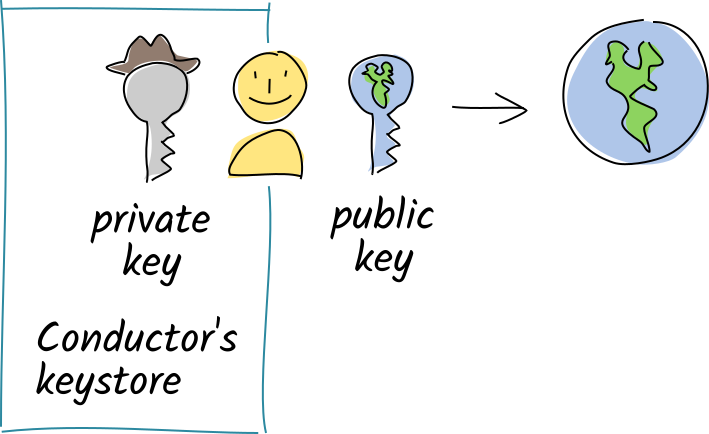 When you join a hApp’s network, you create an identifier for yourself by generating a public/private key pair. This key pair allows you to do several things:

Your conductor generates and stores all your key pairs in an encrypted, password-protected file. This table shows how the public and private keys are used.

Source chain: your own data store¶ 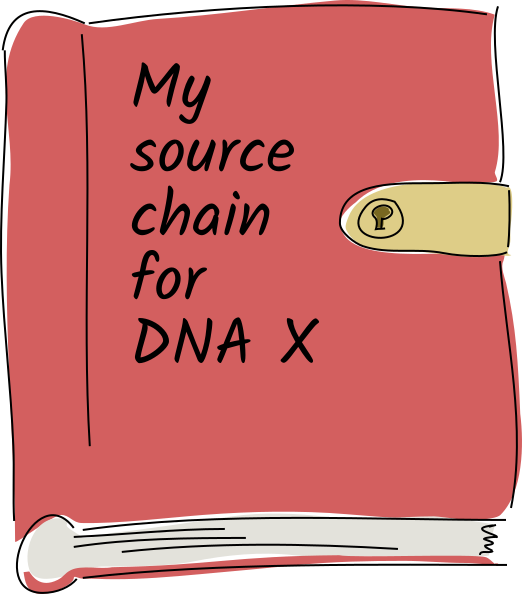 Data is stored in the source chain as entries, individual pieces of string content. Each entry has a type that distinguishes its purpose, like an object-oriented class or database table schema. As with a traditional database, you can define entry types to hold data (such as profile information, messages, or content) or actions (such as chess moves, transactions, or votes). 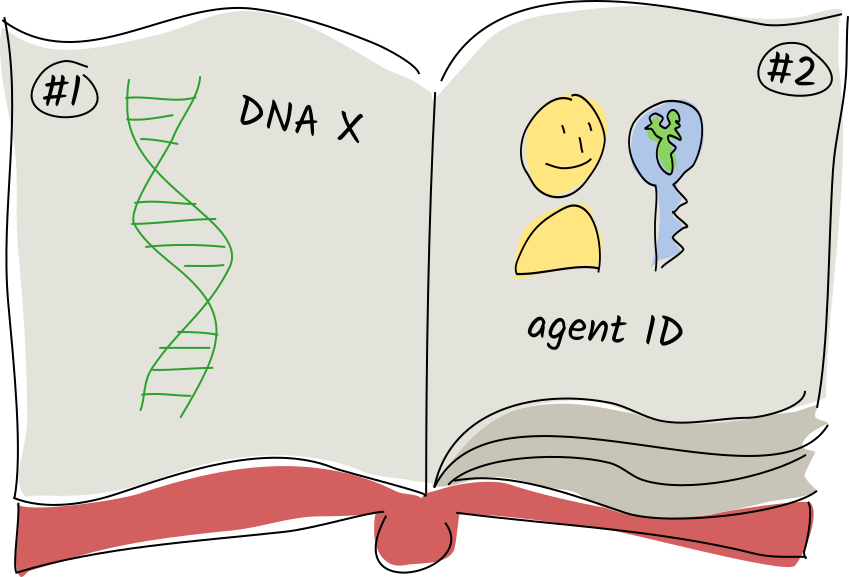 After this comes the app entries or user data. As a developer, you define the format and validation rules for each type of app entry that your DNA deals with. An entry can contain anything that fits into a string, but most of the time you’ll want to give it structure using JSON. Our SDK gives you the tools to automatically convert from Rust data structures to JSON and back again.

Other special system entry types may show up, but we’ll get to those later.

An entry on your source chain must not be modified once it’s been committed. This is important, because your source chain is a record of all the things you’ve done in the app, and your peers may need to check this record in order to validate an entry.

If the integrity of your data is so important, what might happen if a third party tried to mess with it en route to your true love or business partner? The answer is, not much. Let’s take a look at why. 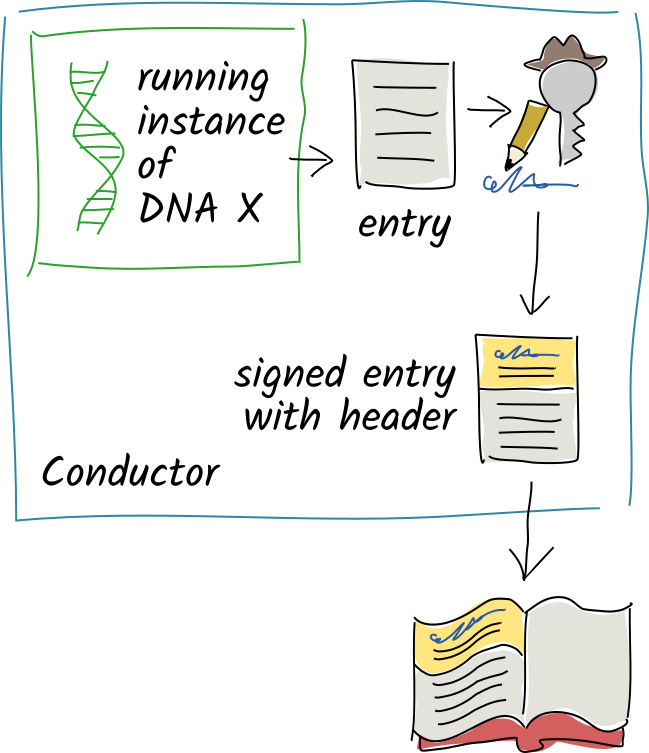 Like a signature written in ink, the signature guarantees that you created the entry. It’s based on complex mathematics, so it’s verifiable and impossible to forge. It’s also only valid for that entry’s content—if a third party modifies even a single character, the signature breaks.

This lets us detect man-in-the-middle attacks on entry data, but it still doesn’t tell us whether anyone has tampered with the order of entries in the source chain.

Let’s take a closer look at the header. Along with the signature, it includes the hash of the previous header, a timestamp, and the entry’s type. 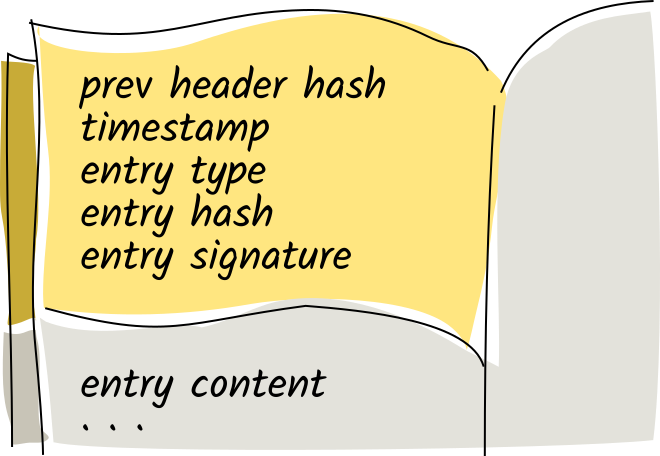 Let’s look even more closely at that first line in the header.

You may think, But what if I want to tamper with my own source chain? I have my private key, so I can throw away entries I don’t like, forge new ones, and carefully recreate my whole history from that point on. For some applications, this wouldn’t matter so much, but it gets quite serious when the journal holds things like financial transactions or ballots.

Holochain’s answer is simple—somebody will notice. More on that in the next concept!