A user’s running DNA instances can be bridged to each other to allow trustable interaction between app networks, mediated by their own membership in each of those networks. 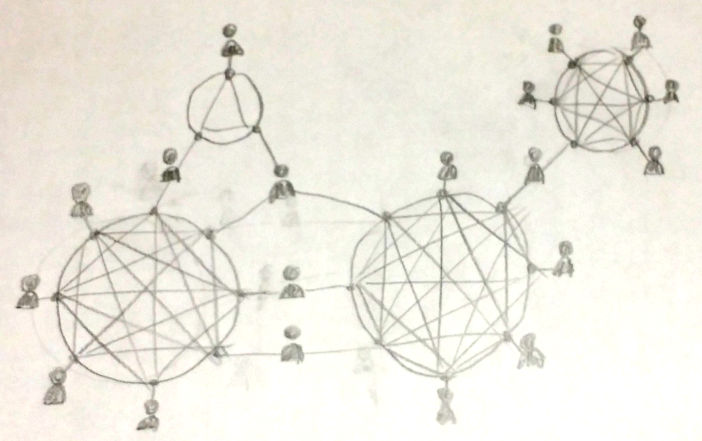 When we outlined the architecture of a typical hApp, we recommended that you write DNA with a small scope of responsibility, so that they can be repurposed and combined into new apps, similar to microservices. But in order to function together in an app, these packets of functionality often need some way of talking to each other.

You can do this in two ways:

In both cases, it’s the agents themselves (or, rather, the software they’re running) that create the bridge. They make the connection between two app DHTs by their presence in both of them. Many agents might bridge between the same two DHTs and recognise each other in both spaces, or there might only be a single user mediating a bridge. It all depends on how you design your app.

A DNA can specify a bridge dependency either:

A trait is like a contract, interface, or protocol from object-oriented programming. It specifies a collection of functionality that a zome is capable of. This gives users choice over their preferred implementations of DNAs with certain traits. An example that we’ll explore in the next tutorial is a currency DNA that broadcasts transaction announcements into a microblogging DNA—as a user, you could swap the microblogging dependency with any DNA that advertises the ability to post a short status message.

Tutorial: TransactionAnnouncements > Next: Spawning New DNA Instances From A Template >>